African Cosmologies: Photography, Time and the Other opened briefly in early March on the cusp of a global pandemic and never reopened.1 The central exhibition of the 2020 FotoFest Biennial presented works by thirty-three black artists across two neighbouring gallery sites in Houston, Texas. Curated by Mark Sealy, African Cosmologies highlighted works that reveal black life without the assumption of a white viewer – devoid of the desire to translate black pleasure or pain for a white audience. Sealy’s curation refused a cohesive, chronological narrative of the diaspora, instead allowing viewers to make connections around blackness that move across space and time. In this way, the eclectic selection of works – ranging from the 1950s to the present day – disrupted the habitual way of viewing black life through a colonising lens. Primarily made up of work by African artists living transnational lives, the exhibition appropriately asked: who is ‘the Other’ when one is surrounded by representations of blackness?

In the exhibition visitors were asked to look at global blackness in a space that united historical photographic work with more contemporary and multimedia visual projects. Compositely, the works disrupted what is familiar about ‘hyperblackness’ in our mainstream ­– where blackness exists as a commodity. Instead, Sealy’s curation proposed a notion of ‘hyperblackness’ that is tied to shifting sociopolitical and economic realities, which are far more fluid in this globalised moment than representations of blackness once were.2 Displayed in the vast Silver Street Studios, Jean Depara’s well-known photographs of post-independence Democratic Republic of the Congo from the 1950s and 1960s immediately manifested as an anchor in the exhibition due to their traditional photographic aesthetic. One image from the series Exterior Night (1955–65) depicts a white man and a black woman – much of the man’s face obscured by the rim of his hat as he seems to hide himself. The photograph brings to mind the voyeur and the visibility of an interloper who is unable to hide his presence in an all-black space. As with the exhibition itself, the tables are turned: visitors are immersed in blackness, unable to avoid being put into the position of the Other. Equally commanding in presence were images of queer Ghana from Eric Gyamfi’s series Just Like Us: bodies leaning up against one another in the most ordinary homosocial ways; two lovers kissing in Shana meets Ama after work; a stolen moment in Desmond and Richie FIG. 1 – all draw one in to witness.

Across African Cosmologies, the selected works were consistently imposing in size as well as content.3 In Samuel Fosso’s wall-length performative self-portraits, the artist transforms himself into already larger-than-life symbols of blackness ­– from Angela Davis FIG. 2 and Martin Luther King to Kwami Nkrumah and Haile Salassi I. Zanele Muholi’s enormous self-portrait Thulani II, Parktown from the series Somnyama Ngonyama: Hail the Dark Lioness was displayed on vinyl; the artist’s slick and shiny image was made in homage to the 2012 murder of forty-four South African miners in Marikana FIG. 3. Muholi’s sombre gaze emerges through a process of overexposure, which the artist uses to produce a coal-black colouring of their skin, as if they are coated in paint or oil. Several other works offer queer images of Africanness, as with Rotimi Fani-Kayode’s depictions of his body from the late 1980s – images that make a return after first being shown at FotoFest in 1992.4

In the cavernous Silver Street Studios, visitors drifted through the emotional weight of a vast number of images, often tucked around corners, pulling one towards more quietly told stories. In a series of self-portraits, the Togolese immigrant Hélèn A. Amazou FIG. 4 captures herself seated atop or inside her suitcases in the bare attic space, where she was housed during her wait for asylum in Belgium. While her surroundings emerge in fine detail, Amazou’s face and body are transparent, blurred, evoking a sense of the incomplete. In Lindokuhle Sobekwa’s images of life in South Africa, displayed nearby, the artist attempts to make peace with the loss of his kidnapped sister, who was returned only to pass away shortly after. Pasted into worn notebooks, his inkjet photographs simultaneously produce an archive of her presence, her absence and the impossibility of her return. As such, the viewer joins Sobekwa in challenging his family’s customary response of erasure and silence, including the removal of his sister’s image and a forced forgetting. In her series Education is Forbidden, Rahima Gambo offers delicately altered photographs of students once terrorised by Boko Haram, now back in their school uniforms hoping to forget a traumatic past. Some of the images are overlaid with markings that mirror the wear and tear of a school chalkboard. In one dappled photograph, four girls gaze back at the camera without trepidation FIG. 5.

As the works in African Cosmologies immersed visitors in a plethora of narratives, many cultural specificities became lost along the way. Nuwabic Connections (2020) – a site-specific FotoFest commission by the Houston-based artist Jamal Cyrus ­– incorporated torn and reconstituted posters from the 1975 series Great Kings and Queens of Africa, commissioned by Budweiser. The recomposed images draw us back to the era and impetus of their creation as a marketing ploy, while at the same time reminding us of the Africa it harked back to. Nevertheless, as with the photographic evidence of personal photo collages by the Brooklyn-based artist Lyle Ashton Harris from the 1990s, Cyrus’s work felt peripheral to the transnational black images that became so central to the biennial as a whole. Similarly, Carrie Mae Weems’s Untitled (Colored People Grid) FIG. 6, with its distinct squares of pinks, blues and oranges, interspersed with prints of African American children, set an entirely different tone than could be seen elsewhere in the exhibition – it seemed to offer a ‘blue note,’ if you will, amid an exhibition inspired by the fluid and experimental free jazz of John Coltrane.5  Weems’s use of bright colours to organise and mediate otherwise shadowy close-ups of black youth offered a different pitch than the sensory experience evoked by the many black-and-white images located nearby.

In the Winter Street Studios building across the road, the series Water Life by the Ethiopian artist Aida Muluneh was a delightfully otherworldly presence. Its staged images play with a vibrant palette of white, red, blue and yellow, portraying the artist as she fetches water against hyperreal blue skies, desert landscapes and water that mirrors her own image FIG. 7.6 Upstairs visitors were confronted with the expansiveness of environmental degradation in Wilfred Ukpong’s series Blazing Century 1, Niger-Delta/Future-Cosmos. A visual response to the connection between land and people in the oil-rich Niger Delta, Ukpong’s enormous staged photographs ask viewers to imagine a different future amid the toxicity of the region – a predicament especially resonant in Houston. In Ukpong’s BC1-ND-FC: Alas, My Thirst Lumbers to the Sea for our Saline Zone is Barren with Crude #1, a photograph reminiscent of Muholi’s work, a figure wearing an antennae-like prosthesis crawls across sandy black earth FIG. 8. Aptly juxtaposed with this dystopian future are the visceral details in Zina Saro-Wiwa’s series Table Manners: Season 1 (2014–16). Her video installation invites visitors to sit down and directly face what she refers to as an ‘eating performance’ ­­– film footage of individuals eating a traditional meal in the Niger Delta. The video Felix Eats Sorgor Salad with Palm Wine offers another unexpectedly intimate moment as visitors find themselves virtually sharing a meal with the West African diner, whose chewing sounds make the experience all the more vivid.7

In the book published to coincide with the FotoFest Biennial, Sealy describes the works as reflecting ‘the entangled, hybrid dialects and cultures that make up the contemporary global African subject’. He declares: ‘Africa is everywhere’ (p.17). Indeed, African Cosmologies invited visitors to expand a narrow vision of blackness that centres around the role of photography as a tool of Western colonisation.8 Our knowledge of the continent is assumed – or perhaps, seems irrelevant – as we seek to produce new associations here beyond the unifying abstraction of blackness. Those expecting borders and boundaries in this exhibition soon realised that for so many of the artists these simply do not exist. Instead, they were met with the hybridity of the Afro-Surreal and its emotional urgency.9 As a provocative amalgamation of photography and new media, African Cosmologies was a highly successful exhibition; the profound vision conveyed by this chorus of black artists serves as an antidote to the moment we find ourselves in. Each contributing artist confirms for us of something that has long been recognised in studies of Africa and its diaspora: black people are from the future.

African Cosmologies: Photography, Time, and the Other 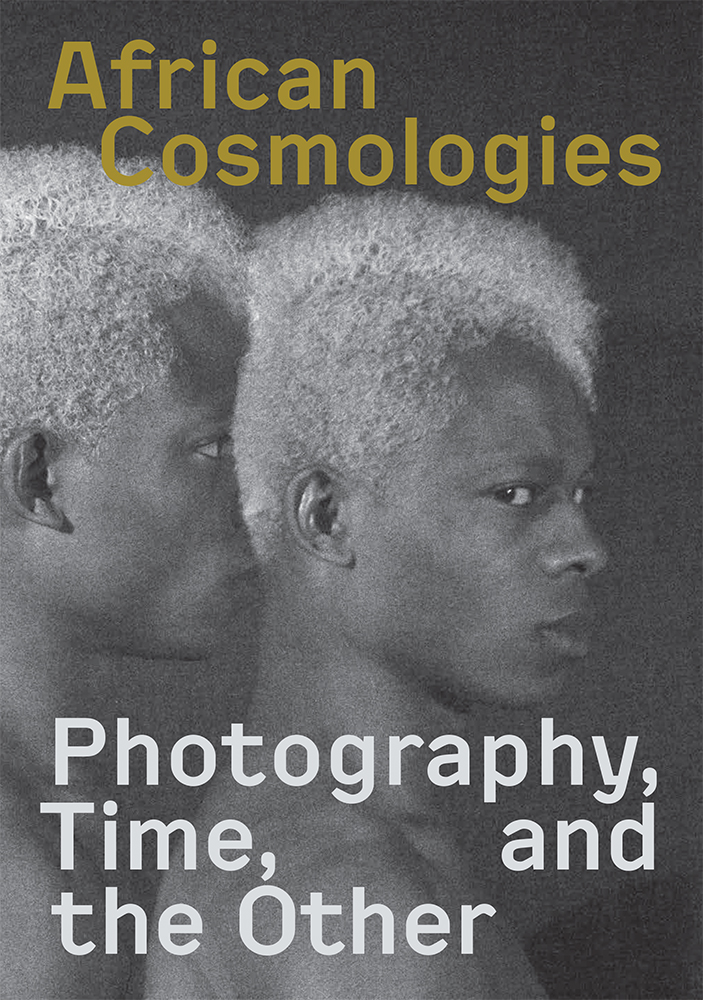 African Cosmologies: Photography, Time, and the Other

is an assistant professor in the Women’s, Gender and Sexuality Studies Program and the Department of Comparative Cultural Studies at the University of Houston. Her transnational feminist cultural studies scholarship focuses on mixed race, gender and sexuality in the African Diaspora. Her forthcoming book is Being La Dominicana: Race and Identity in the Visual Culture of Santo Domingo (2020) from University of Illinois Press.