Visiting Ann Veronica Janssens’s solo exhibition Hot Pink Turquoise at the South London Gallery requires some personal adjustment. This is not a show tackling weighty political themes nor is it a social commentary. It is a collection of tiny gestures – some barely perceptible – that attempts to test the limits of perception, to make the invisible visible. Against the backdrop of a pandemic and amid a politically charged climate, it takes a reset, a moment of calm, to adapt to something less common in today’s concept-driven art ecology: art that aims to emphasise the ephemerality of everyday phenomena and disrupt the viewer’s navigation of the gallery and the sculptures themselves.

The exhibition is understated, a moderate display of sixteen small to medium-sized sculptures from 1995 to the present day, arranged evenly throughout the Main Gallery and Galleries 1–4 in the Fire Station.1 It opens with Untitled (Blue Glitter), an expanse of cyan glitter that has been thrown into the middle of the Main Gallery floor FIG. 1. Sparkling in shore-like striations, it is part of a body of work that highlights how our perception of colours is contingent on the way they are lit and the angle from which they are viewed. This includes Janssens’s series Gaufrettes (‘Wafers’), large coloured glass panels, four of which are shown in this exhibition: CL2BK (2015), Pinky Sunset R and CL2 Blue Shadow (2015) in Gallery 3 FIG. 2, and Magic Mirror (Blue) in the Main Gallery. The colour of the panels changes as you walk past them, Pinky Sunset R’s gleaming yellow-green surface deepening to dark blue, navy and then back again, all within three or four strides. A continuation of the Minimalist ethos, particulary the work of the Californian Light and Space artists of the 1960s, Janssens’s sleek, geometrically designed sculptures highlight how the interpretation of a work depends on the context and conditions in which it is shown.

In another group of works Janssens uses transparent materials to demonstrate her interest in lenses. Blue Glass Roll 405/2 in Gallery 1 is a cylindrical slice of glass with a hole in the middle, an effervescent capital ‘O’, suggesting lightness even though it is incredibly heavy FIG. 3. The density of the glass makes the sculpture look blue rather than transparent. Leaning down to peer through it, the gallery looks diffuse, the sculpture’s central aperture providing a welcome moment of focus. Propped against the opposite wall is 21 Avril (2014), a large sheet of clear glass, with what appears to be a convex lens protruding from the surface. In actual fact the shape has been etched into the glass from the other side. Upstairs in Gallery 2, Le Bain de Lumière, Prototype, four fish bowls filled with water are balanced on top of one another FIG. 4. Positioned in front of the window, each sphere reflects a slightly different view of Peckham High Street, upside down and curved as though seen through a fisheye lens.

Speaking about her practice, Janssens has expressed an interest in the idea that a ‘work will be almost invisible until it catches your eye, after which it becomes almost hyper visible and establishes an encounter: you could walk past it without noticing it, but it creates an experience when you do’.2 This is worth remembering, as anyone coming to the exhibition expecting Olafur Eliasson-style science experiments will be disappointed. Although all the works in the exhibition use optical illusions in some way, they are so subtle you can spend a decent portion of your visit looking for them (as is Janssens’s grand plan). For this reviewer, it was Canicule #2 in the Main Gallery that proved the most evasive – although the catalogue assures that the sheet of aluminium was supposed to look like it was floating away from the wall, it was an effect I just could not perceive FIG. 5.

The exhibition has travelled from the Louisiana Museum of Modern Art in Denmark and it is disappointing that some of the more immersive installations, such as Blue, Red, Yellow (2001–ongoing), Janssens’s blue and pink ‘fog-pavilion’, have not come to London. It is also worth noting that the sculptures in the SLG’s Main Gallery will change half way through the exhibition’s run, to both emphasise the ephemeral nature of the work and, one suspects, for the gallery to be able show more works from the larger Louisiana show. From 28th October Untitled (Blue Glitter), Magic Mirror (Blue) and Canicule #2 will be replaced by Bikes (2001). Visitors will be able to cycle five custom-built bicycles with mirrored wheels around the space, casting reflections around the gallery as they do so.

The exhibition proves the perfect antidote to the anxiety and unpredictability of the current moment. Amid the proliferation of Zoom calls and online exhibitions, it is an exhibition that celebrates art ‘in real life’ (IRL), which hinges on the viewer’s presence in the same room as the sculptures and necessitates careful looking. Thus, the true beauty of the show, and the invisible it tries to make visible, is the element that we have previously have taken for granted, being present. 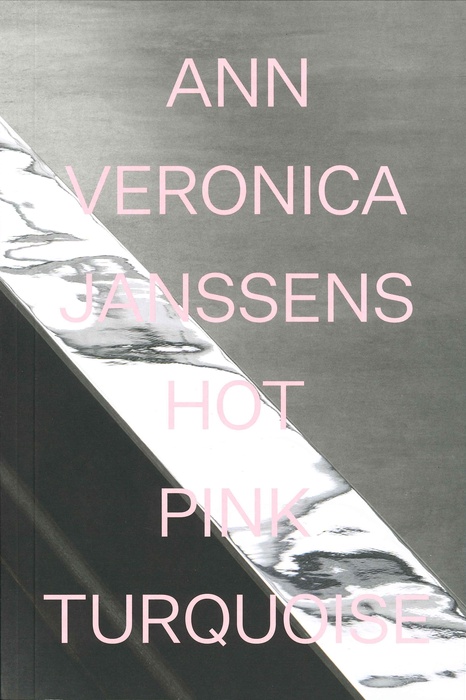 is a writer and curator based in London.